Altcoin
Altcoin is the term used to describe those digital currencies that do not have as big a market capitalisation or do not have the recognition of the current incumbent cryptocurrencie such as bitcoin, litecoin and dogecoin.

ASIC
ASIC stands for application specific integrated circuit, which is a specialised silicon chip that performs just one task. In the digital currency space, these chips process SHA-256 in order to mine bitcoins and validate transactions

ASIC Miner
An ASIC Miner is the hardware that houses the chip of the same name. You put them into your Internet connection via a modem or wireless mode bitcoin’s independent of your desktop computer.

Bitcoin Index
The live bitcoin news bitcoin index is a weighted average index that shows the value of one bitcoin versus one single unit of currency of each of the majors in the Forex space – EUR, USD, JPY, GBP and AUD.

BitPay
BitPay is a payment processing company and software that allows merchants such as eBay, Amazon and other online shopping channels to accept bitcoin as payment for its goods and services.

Block reward
This term refers to the “reward” that the Miner receives for successfully hashing a transaction block.

BTC
This is the correct abbreviation used in the financed space for bitcoin, similar to EUR for Euro.

Cryptocurrency
This is the generic term used to describe a currency that is purely based on mathematics such as bitcoin litecoin.

Difficulty
In the bitcoin world, this word is used to describe the difficulty a user encounters when trying to hash a new block in the bitcoin block chain.

ECDSA
This abbreviation stands for political curve digital signature algorithm, which is the lightweight algorithm that the bitcoin software uses to sign transactions in the protocol.

Faucet
When an individual or team of individuals develop a digital currency, they may pre-mine a certain amount before release and give these pre-mined coins away. This is called a faucet.

FIAT
A Fiat currency is a traditional paperback currency that is regulated by an organization such as the central bank. Examples include the Euro, the US dollar and the Australian dollar

Genesis block
The Genesis block is the very first block in the block chain of any digital currency.

Hash
A hash is the mathematical term for an algorithm which takes a set of data of any length and composition and converts it into a fixed length and fixed composition piece of data.

Hash rate
This term refers to the amount of hashes that a particular bitcoin Miner can perform in a set period of time.

Mining
Mining is the process used to create new bitcoin is and complete transactions in the block chain. You can find out more about mining in our “how can I mine bitcoin” lesson.

Output
When a bitcoin transaction takes place, the output refers to the destination address used in the transaction.

Paper Wallet
Some people prefer to store their bitcoin in the paper wallet – a form of cold storage – in order to improve security. The term simply refers to a printed sheet of paper that holds a number of public bitcoin addresses and corresponding private keys.

Proof of work
Proof of work simply refers to the output of any efforts to mine bitcoins. In the bitcoin block chain, the hashing of a block takes time and effort, meaning the hash block can be considered proof of work.

Public key
The public key is a string of digits and letters (your bitcoin address). When hashed with a corresponding string known as a private key it digitally signs and online communication.

SHA-256
Every digital currency must have a cryptographic function that dictates how the hash is constructed. In bitcoin, SHA-256 is this function, and is used as the basis for hash creation (i.e bitcoin’s proof of work).

Wallet
bitcoin and other digital currency users use wallets to hold the private keys associated with that particular and public bitcoin addresses. The lowest in the country contain any bitcoins – a common misconception – just the private keys.

What is Bitcoin Wallet? 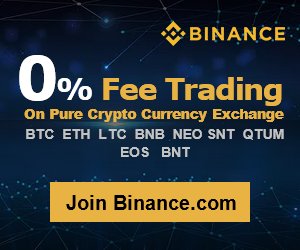